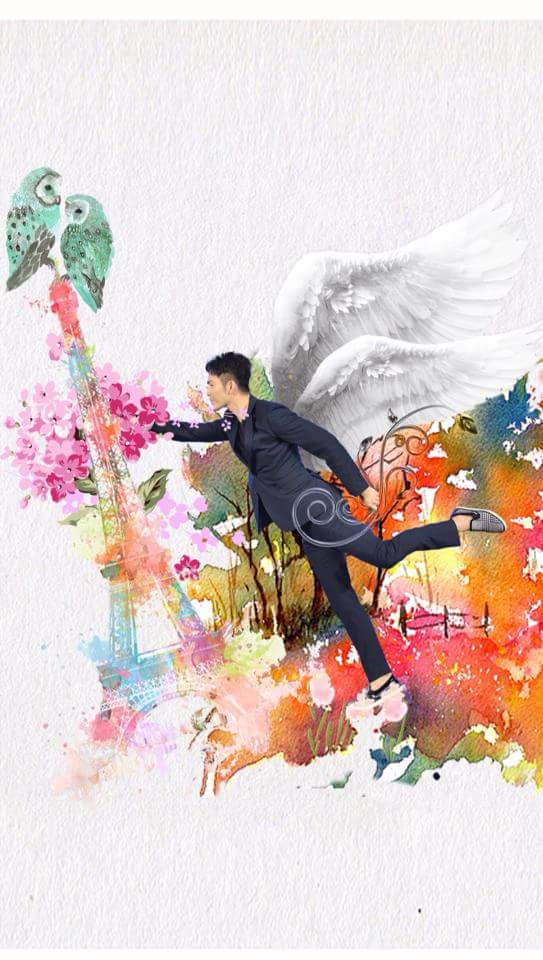 Just want to share some information I know about Wallace through his interviews and other fan groups. (No, I’m not talking about the fact that he’s an angel. Everyone knows that 😛 ) If you’ve anything else to share, please leave a comment.

1. Wallace is a cat lover, especially fat cats. He once had a cat and has always thought that cats can take care of themselves well. However, one time when he went home from work, he found his cat was stuck between chairs for god knows how long. He felt sad and guilty about it, so he gave the cat away to his friend.

2. Wallace likes to observe people around him. He said it helps him to improve his acting skills. 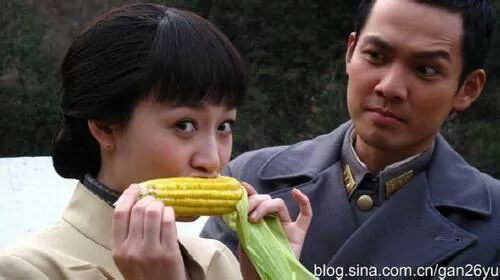 3. Wallace has an imaginary daughter called Hei Hua (black flower), who is a panda. For those who watched Best Time, Lu Li Cheng’s black dog is also called Hei Hua. Some kind of inside joke? 😀

He plays soccer with Jackie.

Also, skillful at table tennis. Look at the way he smashed the balls!

Wah, so handsome in his white cricket attire.

His pose in hitting the golf ball is so stylish.

Who is WC skating with? I want to be his partner 🙂

He is also into car racing with his good friend Jimmy Lin. Unfortunately, he is always beaten by him 😦

If you watched My Sunshine, you will also notice that Wallace can cycle well.

If you watched The Amazing Race, you will also see that WC can snowboard.

He is also brave enough to do sky diving. I would probably have fainted on the plane 😛

Animal riding is also a piece of cake for him which is why he filmed so many ancient dramas. He can ride on a horse, a camel and maybe even a bird.

Last but not least, he also can do water sports.

Our Wallace is so talented and cool to be able to do all kind of sports, be it on air, land or water!

6. Wallace has been a vegetarian for more than 6 years.

Peanuts: He does eat fish, right?

Yes, he does eat fish and maybe some other seafood too. Since he became a vegetarian for health reasons and not for religious purposes, he’s not that strict in his diet.

Yeah… I just want to post gifs of him eating.

7. His own recording studio is called Cornucopia Music (花花草草音樂工作室) literally means Flora Music Studio. It had produced his single ‘One Fine Day’ and an album All Eyes on Me.

Below are the translated articles about Cornucopia Music from KKBox. Thanks a lot to Vicky for her translation!

Wallace set up his recording studio (Cornucopia Music) in 2005 with some of his like-minded friends. Then in 2006, Cornucopia released its first EP called ‘One Fine Day’ (風和日麗) which has a MV directed personally by Wallace filmed in London. With a brand new image as a singer, Wallace set out again in 2010. He released All Eyes on Me (視覺動物) which was Cornucopia’s first album after its establishment.

As the ambassador of Make-A-Wish, Wallace wrote a song for it. The lyrics of the song ‘Want to Fly, Fly Over The World’ (想飛, 飛過世界) tell us that the flowers that are dancing in the contrary wind still have their own way and the sky they belongs to. When Wallace sang the song to the sick children to encourage them, the kids smiled happily. Wallace hopes that when listening to his songs, listeners will smile knowingly as if seeing the scene where fascinating flowers waft gracefully along with the wind.

That’s the reason why he makes music and albums. Hence, his studio was specially named Cornucopia. After the studio released its first album All Eyes on Me (視覺動物) in 2010, as a boss, Wallace began to look for talented people and singers to join his team. Wallace smiled and said, “I hope Cornucopia can grow strongly and become a big garden.”

8. Peanuts: Below is a picture of Wallace’s mum and dad. Can you see any resemblance? Jackie looks like the mum but WC doesn’t really look like his dad. He is a lot more handsome lol. 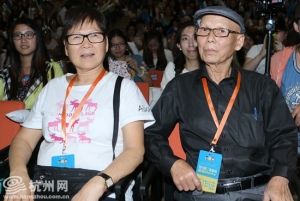 Peanuts: Guess who is that lol? It is our Wallace’s childhood picture. I am sorry to say this but he didn’t look that cute then. He is like fine wine–he gets better as he ages 😛 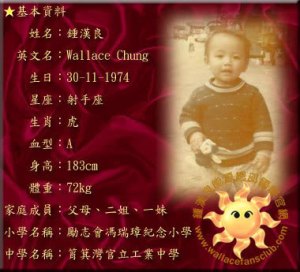 9. Peanuts: Wallace loves watches and he has plenty of them. You’ll notice he wore that Santos watch while filming My Sunshine. Mind you, they don’t come cheap. I guess he spent most of his money on clothes and watches so he doesn’t own any property in mainland China. 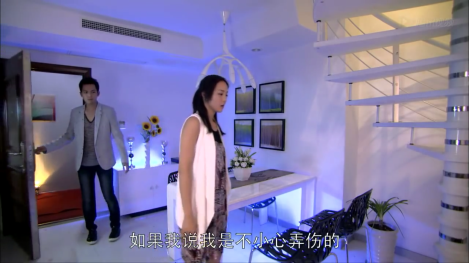 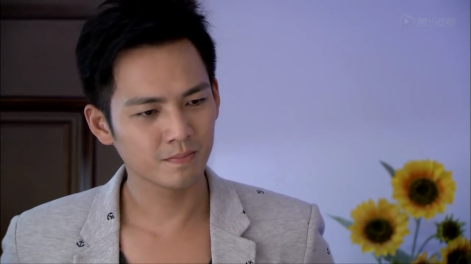 23 thoughts on “THINGS I KNOW ABOUT WALLACE CHUNG”