Wallace Chung’s birthday month was a time for reflection and celebration. Wallace entertained himself with five Weibo posts, 29 photos, a violin recital by Itzhak Perlman in Taipei, and the Victoria’s Secret fashion show in Shanghai. Plus, he congratulated two new branches of the Wallace Chung Village Libraries of Happiness on opening in Yuci, Shanxi. How did you celebrate his birthday? “Why did Wallace post this weibo about Hong Kong films? What meeting was he talking about?” I thought while I translated his November 2nd Weibo post. Perhaps we will have the answers in the near future.

At last night’s meeting, I mentioned a few Hong Kong movies dating back to the 1980s and the sense of ritualization in the entertainment milieu back then. On the way home, my car stopped at the traffic light. I thought to myself: I was only a teen at that time, how come a few romantic scenes between the leading male and female characters left such a deep impression on me? Perhaps it was the “ritual” of going to the cinema that made those scenes an indelible part of my memories. Was that my initial interpretation of movies? “It was such a nuanced feeling!” I pondered. A white old model car halted in the next lane. The drizzle covered the car windows with a layer of mist. I could barely see the man and woman in that car. They didn’t interact with each other. Their blank stares laid on the road, mixed with the exhaustion from work. Perhaps time was still in their car, and the air was chilly. Following the motionless red light was the yellow light which called for preparation, and then came the keenly anticipated reminder of the jubilant green light. Shouldn’t we all live our lives with such jubilance and keep in mind our dreams, youth, and the sentiments that we hold dear and near to the heart?

I love this weibo. It tells me who Wallace is, as many of his previous long weibos did: observant, perceptive, reflective, patient, and optimistic.

He has a genuine interest in Buddhism (and a good understanding of it), so he can stay unruffled even in the midst of storms. I can see his gentle smile when I read this weibo. How about you? Last weekend I went to Itzhak Perlman’s recital. He was a violin prodigy. He is also an orchestral conductor. He is a maestro of the century with extraordinary achievements in multiple fields. Because I was cast in the role of a musician in the TV show Healing Love, I watched many video clips of great musicians. Albeit a doddering man, when he [Perlman] performs, he seems to be able to be totally immersed in the music, his body undulating as if to breathe. This time, I was able to attend the recital in person and admire the Romantic pieces that he is adept at. It was a thrilling experience for me. The next morning, I opened my violin case, took out the violin and resumed practice. I started with the scores for Healing Love. Over the next two days, the Liang Family’s “Face the Sun Project & Village Libraries of Happiness” is set to open two new branches in Yuci, Shanxi.

Video Message for the Libraries

Wallace said in this clip:

Congratulations on the official opening of the Wallace Chung Village Libraries of Happiness. Here we provide the good books that the members of the Liang Family and I selected for you. Knowledge is power. Hope you fall in love with reading as we did.

Surprise! Wallace celebrated his birthday in Shanghai through a bike tour of some old alleys. He later shared 27 pictures on Weibo and interacted with He Jiong, who is probably the most respected TV host in mainland’s entertainment industry and, possibly, one of Wallace’s co-stars on Hunan Satellite TV’s reality show Back to Field in 2018.

Check out the pictures on our Facebook page, or, of course, Wallace’s Weibo. 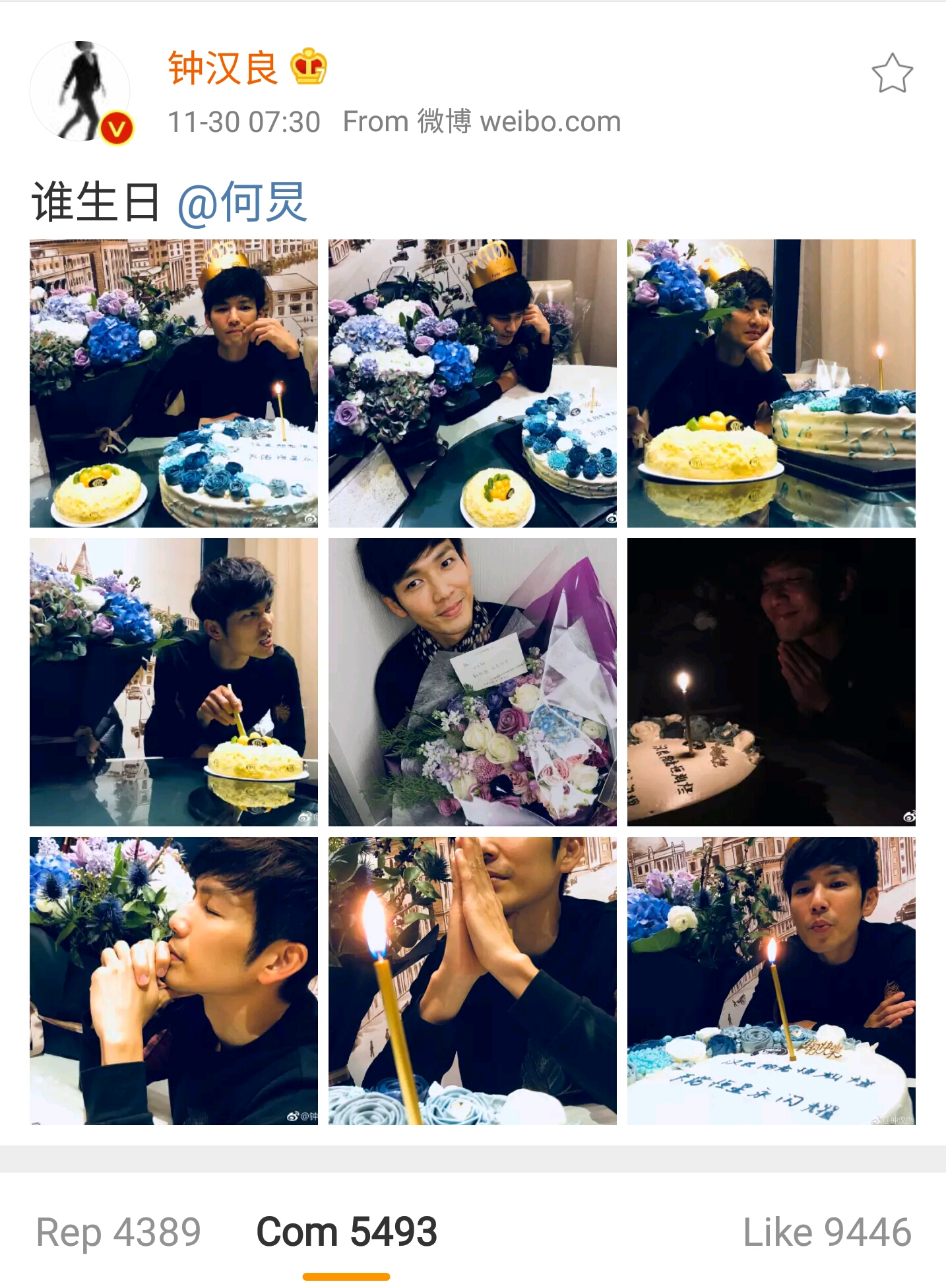 Whose birthday? @He Jiong

卖家秀 (a seller’s demo) and 买家秀 (a customer’s demo) are Chinese Internet slang. Both terms are derived from online shopping. The joke is that the clothes usually look better on the business owner’s models than on the customers. However, in Wallace’s case, the jury’s still out…just kidding! Wallace obviously wants to hear some well-deserved compliments on his birthday!

At first, I thought the seller’s demo and the customer’s demo in the first two Weibo posts referred to his birthday fashion statement–new hairdo, new sweater, new jacket, etc., but later, the official Weibo page of Ofo, a Beijing-based bike sharing service provider, pointed out that Wallace sported “the most gorgeous customer’s demo in history.” I then realized Wallace might have also chosen to demonstrate the Ofo bikes which he promoted this January.

If you wondered why Wallace asked He Jiong “whose birthday”, you would find out the answer from this screenshot:

Earlier that day, He Jiong commented on Sina Weibo’s automatic birthday update on Wallace’s page: “Idol idol happy birthday!”, so Wallace teased He Jiong with the question. He tried to get Mr. He to call him “idol” again.

Well, the clever Teacher He [his nickname] would never fall for that! He re-shared Wallace’s question and answered with a pun which could mean either “Wa Wa Wa Wa Wa it’s my Wa’s!” or “Wow wow wow wow wow it’s mine!” He then ended up really getting some birthday day wishes… He Jiong is not the only one that dares to tease Wallace. Wallace’s fans didn’t hesitate to caption the pictures despite their fear of “xr” [bad karma for making fun of Wallace]. Here are only a few:

Oh, the Liang Family said Wallace would read all the birthday wishes on Weibo, so feel free to write as much as you want here.

Right, there was no birthday bash with the fans, but Wallace went to a big party on November 20th. Among all the pictures of the Victoria’s Secret fashion show in Shanghai (which you can see in our Facebook Album), this one captures Wallace when he was least aware of the camera.

In an interview,  Wallace said he came to see whether the event planners organized the fashion show in a different way, and whether he could learn something from the event “which is from a different culture.” Well, he added that it is “of course exciting to see so many wonderful things.”

Ha! Wallace carefully phrased his answer not to sexually objectify women—a common criticism of Victoria’s Secret Fashion Show by feminists. And, I do believe that he is interested more in event planning than in the models, considering that his next concert will possibly take place in Shanghai at the beginning of next year…

When asked if people around him feel “envy, jealousy, and hatred” [Internet slang] upon knowing that he would be here, Wallace said, “They all came, but they were aside [they were not with me in public].” Haha, I guess Wallace thought the reporter meant to ask him if his family came with him, and Wallace did not deny that he has a family (you know what I mean)…

Does any of his friends feel “envy, jealousy, and hatred”? “Nobody knew that I came,” Wallace laughed, “I snuck here. I didn’t make a special announcement.”

Fans started celebrating the birthday month early. The Weibo hashtag #WallaceChung1130HappyBirthday has spawned 1.6 billion views and 3.44 million discussions. The hashtag is a great source of fabulous Wallace-themed photos and videos. Sinophile_K reported that 50 fans from Korea LM (WC’s fans) Club donated three million KRW (a little over 18,000 RMB) to The Snail of Love, a Seoul-based nonprofit organization that serves the hearing-impaired. She said it was a birthday gift for Wallace and kindly translated the Certificate of Donation:

Having put the noble spirit of sharing into practice, you have given the gift of sound of hope to the hearing-impaired. We the Snail of Love hereupon express our sincere gratitude to you with this certificate.

Sinophile_K is the brilliant lady who flew to China multiple times and wrote the “Three” movie review and the exhibition review for us. I wouldn’t be surprised if she wrote a book one day about trotting the globe to fangirl Wallace!

Chinese fan @水猪1130 has made tons of GIFs of Wallace. She created stamps of Wallace’s 2017 concert tour outfits. 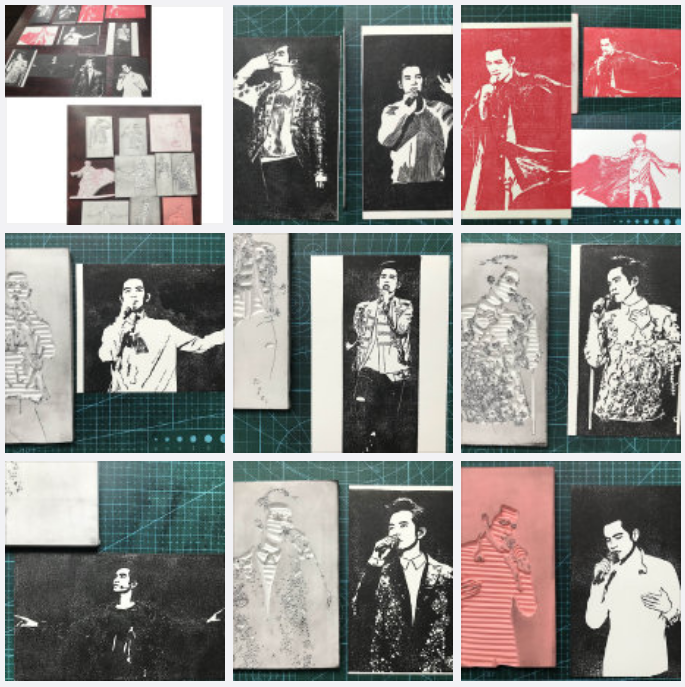 Several entertainment news and media accounts wished Wallace a happy birthday. One week before the birthday, the official Weibo page of Chinese Entertainment Reports posted a video of interviewing Wallace 13 years ago. He was in Changsha, Hunan to promote the Soul Man album at that time.

Ecovacs posted a video of the making of the 10,000 Hours with Wallace Chung commercial: 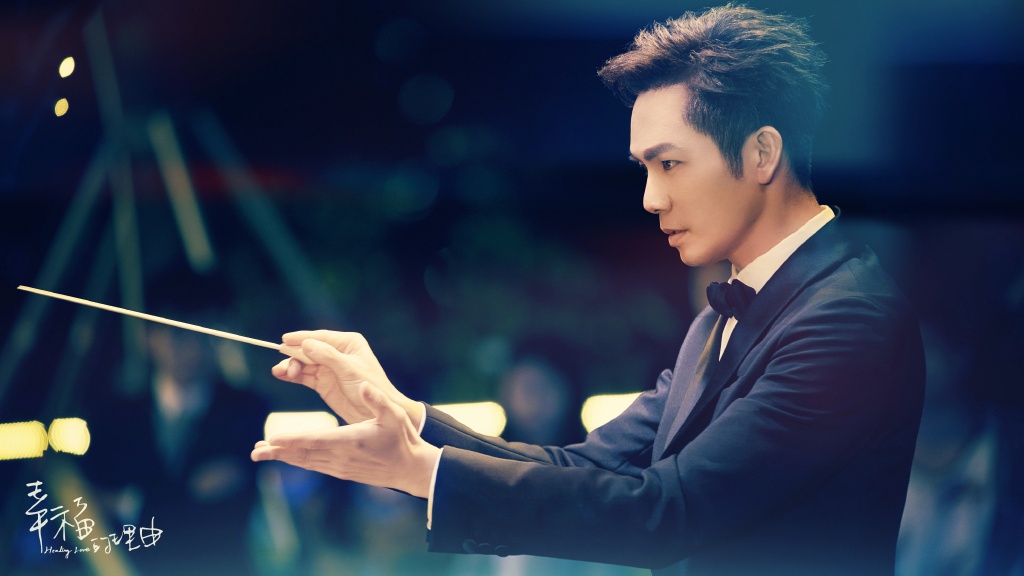 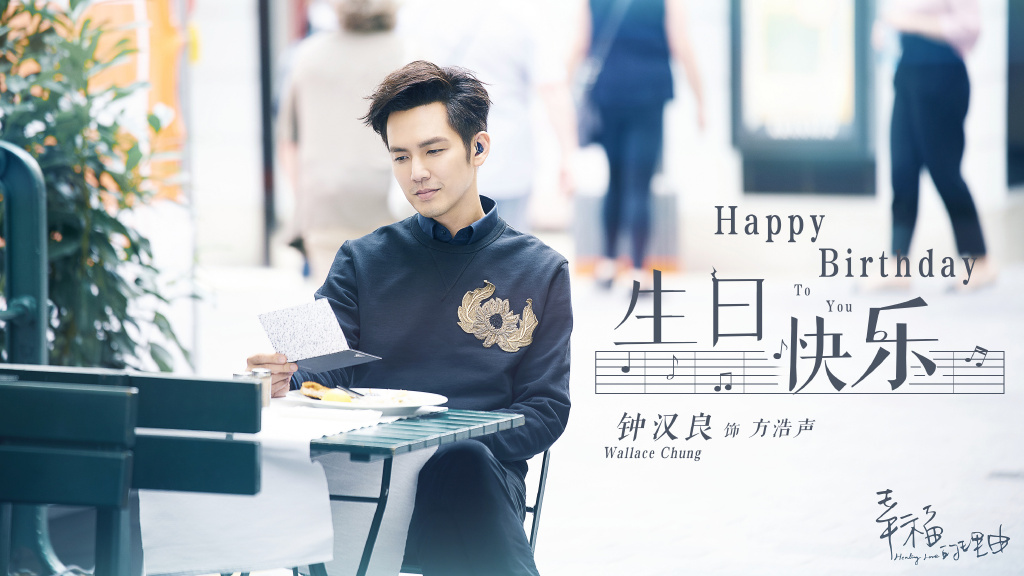 Liang Sheng, Can We Not Be Sad summoned Cheng Tianyou to give Wallace a call to wish him Happy Birthday: 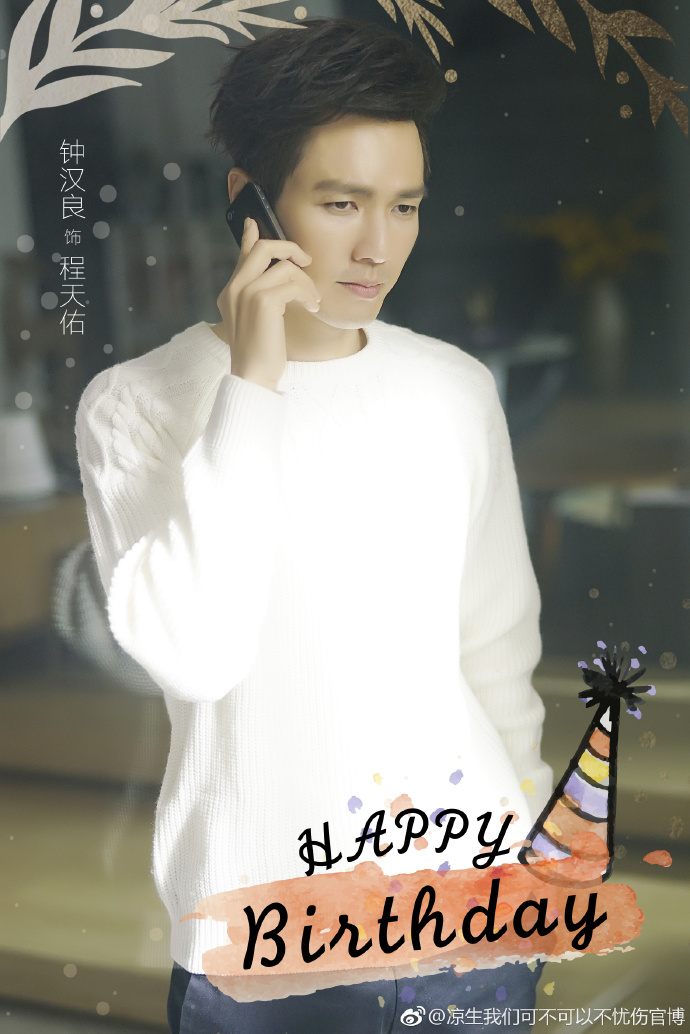 Chewy reported that Memories of Love (32 episodes) will probably air on December 18 on Jiangsu Satellite TV. Tune in, fans!